The Technical University of Munich (TUM) is one of Europe’s leading research universities, with around 550 professors, 43,000 students, and 10,000 academic and non-academic staff. Its focus areas are the engineering sciences, natural sciences, life sciences and medicine, combined with economic and social sciences. TUM acts as an entrepreneurial university that promotes talents and creates value for society. In that it profits from having strong partners in science and industry. It is represented worldwide with the TUM Asia campus in Singapore as well as offices in Beijing, Brussels, Cairo, Mumbai, San Francisco, and São Paulo. Nobel Prize winners and inventors such as Rudolf Diesel, Carl von Linde, and Rudolf Mößbauer have done research at TUM. In 2006, 2012, and 2019 it won recognition as a German “Excellence University.” In international rankings, TUM regularly places among the best universities in Germany.

In TherVacB TUM has the lead in monitoring of the primary and secondary clinical endpoints. TUM will contribute to support the establishment of the clinical database as part of the patient registry. 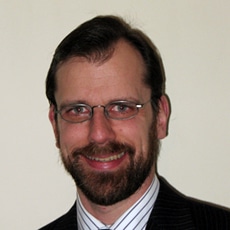